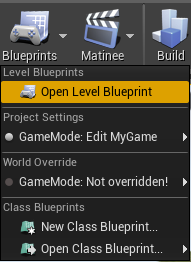 There are some types of Actors that are widely used together with Level Blueprints. The type of these Actors are "Trigger" and "Target Point". These Actors are available in the editor in the "Basic" category of the "Place Mode": 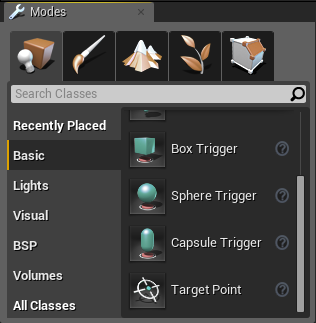 As an example, imagine that a level has two areas linked by a bridge, and that the only way to access the second area is across this bridge. This bridge is a great place to put a Trigger that will generate an event when the player passes through it.

This event can create new enemies in the second area or generate an explosion. The image below illustrates this idea showing a "Trigger Box" that was placed on the bridge. The "Trigger Box" is not displayed during the game. 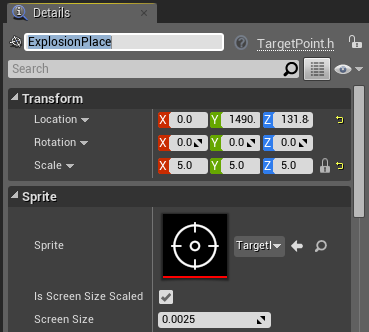 The scale values ​​of the Target Point are in 5.0 because they are used to increase the size of the explosion. The end result of this "Level Blueprint" will look like the image below, where the player detonates an explosion when passing through the Trigger: 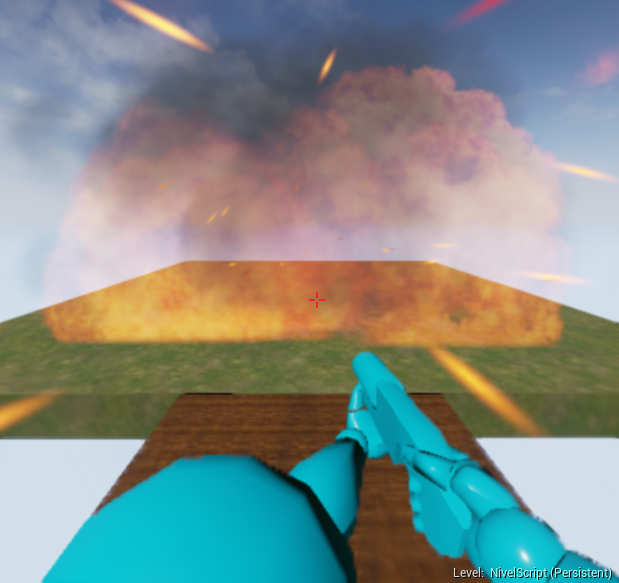 At the beginning of the list will appear the actions related to the "Trigger Box" that is selected in the level, as the image below. You need to add the "OnActorBeginOverlap" event and you must also choose "Add Reference to TriggerBox" to create a variable that represents the Trigger Box in the "Event Graph". 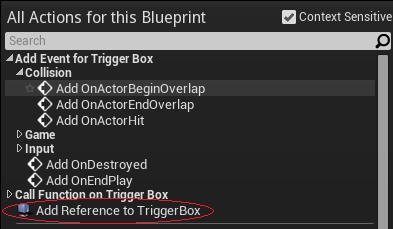 We already have the main elements that will be in the Event Graph. When the event is triggered, the "Trigger Box" will be destroyed, because we want this event to occur only once, then we create a new Actor based on "Blueprint_Effect_Explosion" that is part of "Start Content" of the editor. This new actor is created at the position where is the "Target Point" named "ExplosionPlace". The Graph of the Level Blueprint will be as follows:

In the next article we will learn about "Event Dispatchers" which allow a kind of interaction between "Class Blueprints" and "Level Blueprints".