As an example, create a new blueprint, add a component of the type "Static Mesh" and choose the "Shape_Cylinder" as "Static Mesh". See the image below that the "Static Mesh" already has a default material. The "Construction Script" will be used to allow the material to be set in the level editing and independently for each object of this blueprint. 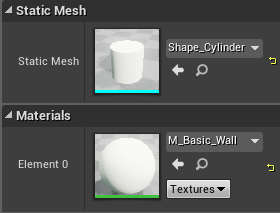 Create a variable named "Material Type" using the type "Material", select the "Editable" option. This will allow the value of this variable to be changed on an object that has been placed in the level. 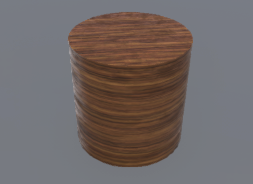